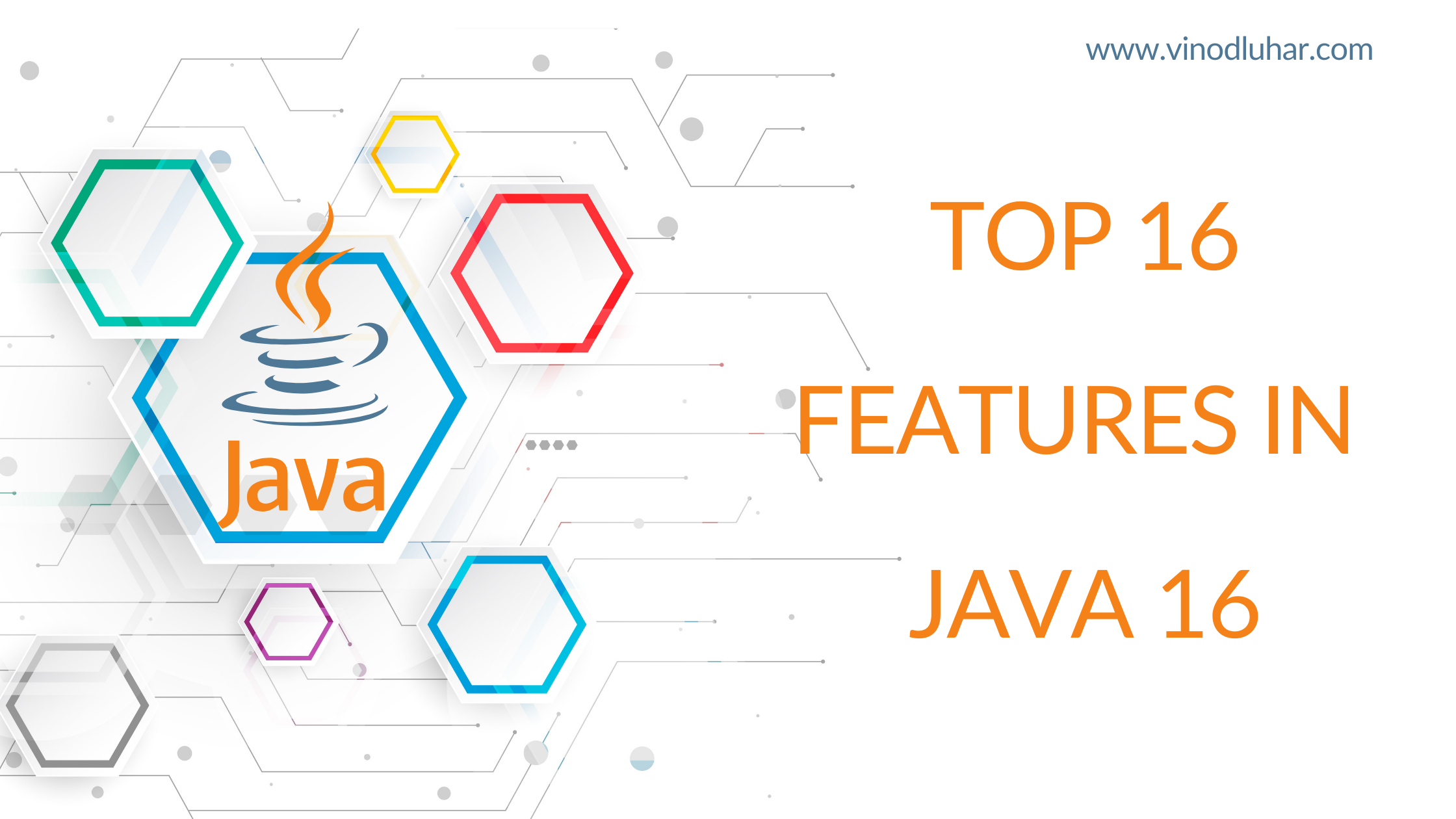 In this article , we will go through top 16 new features in java 16.

Java 16 is scheduled to be released on March 16. Here is a look at what changes you can expect in the release.

This Java Enhancement Proposal (JEP) will provide an initial iteration of an incubator module that can express vector calculations that are compiled at runtime. This module will be clear and concise, platform agnostic, have reliable runtime compilation and performance on x64 and AArch64 architectures, and offer graceful degradation when a vector computation cannot be fully expressed, the OpenJDK team explained.

The goal of this addition is to support C++14 language features and give specific guidance on which features can be used in HotSpot code.

JEP 357: Migrate from Mercurial to Git

This JEP relates to the goal of migrating the OpenJDK Community’s source code repositories from Mercurial to Git.

Similar to JEP 357, this relates to the goal of hosting the OpenJDK Community’s Git repositories on GitHub. All single-repository OpenJDK projects, including JDK feature releases and JDK update releases for versions 11 and later, will be migrated.

Unix-domain sockets are used for inter-process communication, and are similar to TCP/IP sockets, except they are addressed by filesystem path names instead of IP addresses and port numbers. It is intended for Java to support all Unix-domain socket features common across major Unix platforms and Windows.

The goal of this JEP is to port the JDK to Alpine Linux and other Linux distributions that use musl as their primary C library.

According to OpenJDK, Metaspace has been notorious for using a lot of off-heap memory, so the goal of this feature is to return unused HotSpot class-metadata to the operating system, reduce metaspace footprint, and simplify metaspace code to reduce maintenance costs.

The JDK will complete its port to Windows/AArch64.

Java will introduce an API that offers “statically-typed, pure-Java access to native code.” In combination with the Foreign-Memory API, this will simplify the process of binding to a native library, which is an error-prone process.

This feature will designate primitive wrapper classes as value-based. It will also deprecate their constructors for removal, which will launch new deprecation warnings.

The new jpackage tool can be used to package Java applications.

The goal of this feature is to enhance the pattern matching capability on the instanceof operator. According to the OpenJDK team, pattern matching allows common logic to be expressed concisely and safely.

Records are classes that can act as “transparent carriers for immutable data,” the OpenJDK team explained. They can be helpful with modeling data aggregates.

According to the team, this change will encapsulate internal elements by default, except for critical internal APIs like sun.misc.Unsafe. The motivation behind this strong encapsulation is that developers of libraries, frameworks, and tools often use internal elements in ways that compromise security and maintainability. Strong encapsulation ensures that code outside of a module can only access public and protected elements of a package, and that protected elements can only be accessed from subclasses of their defining classes.

Sealed classes restrict which other classes extend or implement them. They will allow the author of a class to control what code can be used to implement it, provide a more declarative way of restricting access, and support future directions in pattern matching.